His grandfather, Private James Kelly of the 11th Hussars, took part in the Charge of the Light Brigade at Balaclava. The headstone was restored in March 2015 by the Victoria Cross Trust 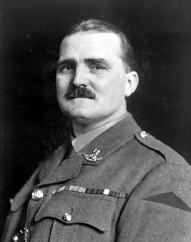