Place Of Death   Near Reutel, Belgium

Born in Kwa-Zulu Natal, South Africa, he came to England at a very early age 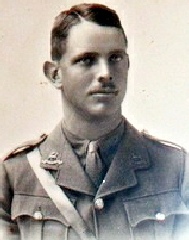 Thank You to Sally King, for photo of Memorial in Delgany Church, Co Wicklow