Place Of Death   Off Southern Ireland

The Sanders Memorial Cup is a Trophy competed for in New Zealand. Its the oldest Yachting Trophy in New Zealand, first being won in 1921 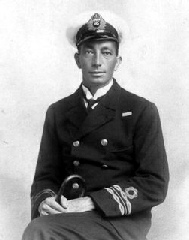