A Memorial Plaque was installed at Mossley Railway Station in 2014, the place were he worked 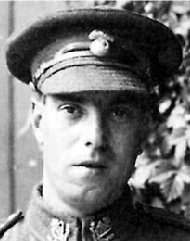