Place Of Death   Near Neuville-St-Vaast, France

VC Presented   1 September 1917 by the Governor-General of Canada, Duke of Devonshire in Canada to his father, S J Sifton

1 of 4 awarded the Victoria Cross for the Battle of Vimy Ridge, April 1917 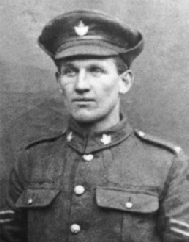