Headstone   Ashes   Plot/Grave no.   'May' Section, Garden of Remembrance

He enlisted under his mother's maiden name of Glenn, but was gazetted as James Smith 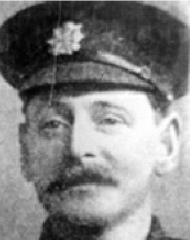