A headstone was erected in the 1980's by the Commonwealth War Gaves Commission, and a memorial turfstone was laid at his grave,  organised by the Leinster Regimental Association 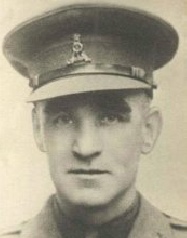