His return to Australia was not a happy one, bad health, lack of work, struggling to hold down a job when one came along, he died in 1941 a broken man 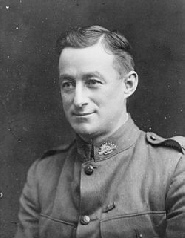