The Nagas were a people who inhabited the Naga Hills, North Eastern India, on the border of Assam and Burma.

They were a bit of a thorn in the side of British in India. It came to a head when the deputy commissioner was murdered. The British sent a punitive force against the Nagas, the forces clashed at the hill-top village of Khonoma. 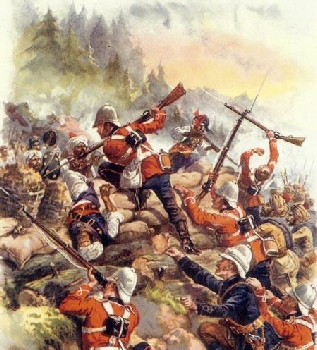