Before and after the war, he worked in the textile mills in his native Lancashire. 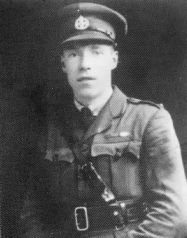