Before the war, he worked for the clothiers Hepworth & Son, which has now become NEXT. 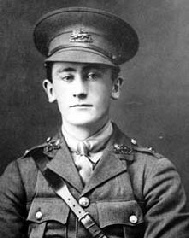