His eldest brother was also in the Lancashire Fusiliers, winning an MC in the 1st Battalion. 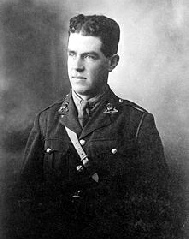