The Queens Royal West Surrey Regiment, was founded in 1661, and was the second most senior line Regiment in the British Army 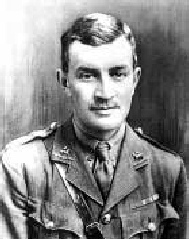