P  Named on Cambrai Memorial to the Missing, France

The Royal Fusiliers nickname the Elegant Extracts, came about on the regiments formation in 1685, its officers were drawn from other regiments 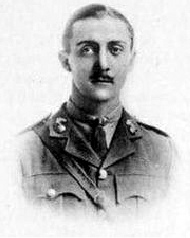