After the war, he had two sons who both went on and served in the SAS in the Second World War. 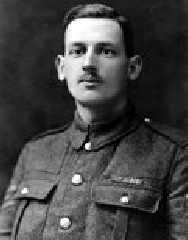