In 1921, he defeated the future Labour Prime Minister Ramsey MacDonald, at a by-election in Woolwich, South London 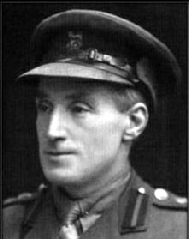