Place Of Death   At the home of Mr John Harris, Padstow, Cornwall, England

In an early example of a commando raid, John Sheppard constructed a small punt to enable him to plant an explosive device on the side of a Russian ship. He failed on two attempts but both were carried out in the face of great danger 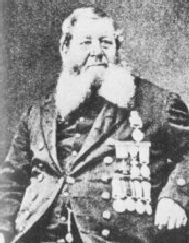 Thank you to Ian Stubbs for photos of V.C. Memorial, Paragon Square, Hull