As the Song goes; born in the USA, but moved to Canada as a child 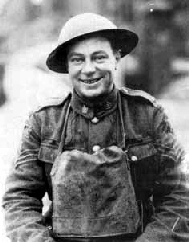