Place Of Death   No. 7 Field Dressing Station, near Loos, France

He was always known as Harry 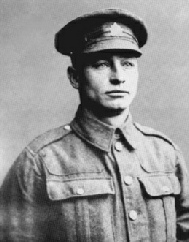