Later on in the War he joined the RAF, and re-enlisted into the RAF in Second World War 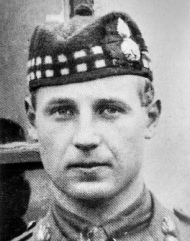