VC Presented   6 October 1917 by the Governor of Tasmania, Sir Francis Newdgate at Hobart, Australia to his father, John G

As a child he worked on his fathers apple orchard 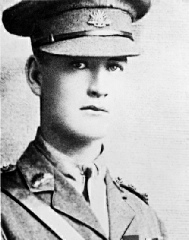