Place Of Death   At his home, Vicenza, Northern Italy 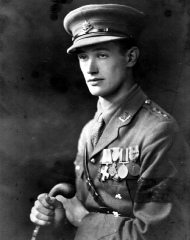