A New Zealander, he fought in the Australian Army 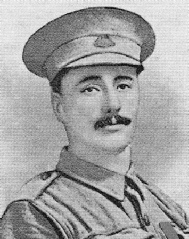