Place Of Death   Shaftesbury Avenue Mine, near Givenchy, France

Headstone   Named on the Ploegsteert Memorial to the Missing (CWGC)   Plot/Grave no. 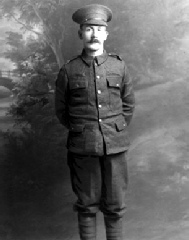