Headstone   Named on the Arras Memorial to the Missing (CWGC)   Plot/Grave no.

One of Seven old boys of Dulwich College, to receive the Victoria Cross 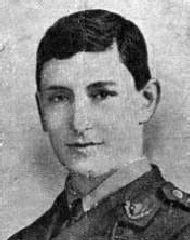