At the storming of the quarries he twice went for ammunition under very heavy fire. Pushing his luck, he also rescued a wounded private. A week later he repeated the feat and brought in a lieutenant. 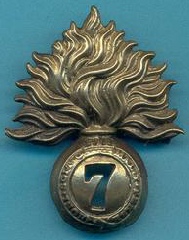