(Savernake church was deconsecrated, is now a private house)

Even though he was in the artillery and was on duty at a magazine, he left his post to carry ammunition to the infantry after an attack on the quarries, whilst under heavy fire. He also formed part of a spiking party at the assault on the redan. 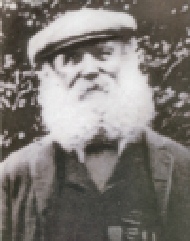