He was the son of a doctor, and after the war worked in a children’s hospital then in a medical partnership until his death 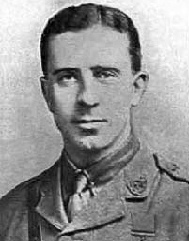