He had three brothers who all served in the war 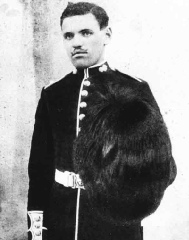