Place Of Death   At his home, Stedham Mill, near Midhurst, Sussex, England

In 1915 the town of Germanton, New South Wales, Australia, decided to re-name the town to Holbrook 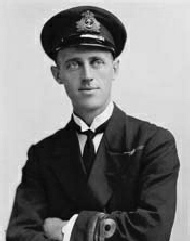