P  Named on 'For Valour' board at the Royal Engineers Museum, Brompton Barracks, Chatham, Kent

A memorial plaque was put up at the Carnoustie war memorial, it was unveiled by Her Royal Highness, Princess Anne, in 2013 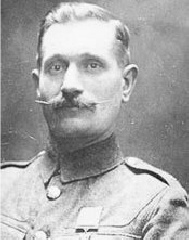