His Victoria Cross is on loan to the Impaerial War Museum, thanks to the Mullins family 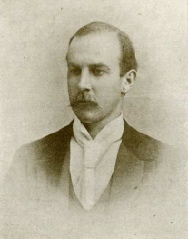