Place Of Death   At his home, Plastirion, Llanrug, Gwynedd, Wales

Pointed stones in the fields of  Plastirion, Llanrug (erected by his father as a monument to the VC action)

First Welshman to be awarded the VC

Original plan of the Redan at Sebastopol at British Library Maps 148.e.4(22)

He rescued a colonel of the 47th Regiment who was wounded and lying on the floor surrounded by Russians. He succeeded in bringing the colonel back to British lines. 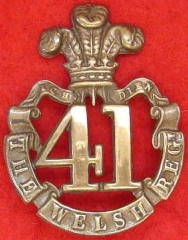