P  Oak pulpit at The Church of John the Baptist, Great Rissington, Gloucestershire

Percy Marling was the third baronet, an hereditary title between a knight and a baron 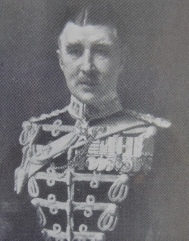