First recipient and only officer to have his VC forfeited, deserted in order to evade investigation

November 54; volunteered to bring up powder to the batteries, whilst under heavy fire. June 55; during the attack on the redan was with one of the first scaling parties and helped to bandage an officer under fire, and bring him back. 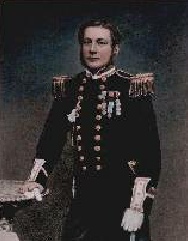