Painted dozens of water colours whilst in the Crimea, that still exist.

At the Battle of Inkerman, he led a charge of the Rifle Brigade killing one Russian with his sword, wounding another and saving the life of a private. 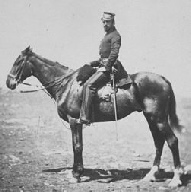