Place Of Death   At his home, Cambridge, England

Marker post with his name on at Lucknow Residency, India

He was in the Bengal Engineers but took up a civilian post in India, when the mutiny broke out he rejoined the engineers with a rank of lieutenant 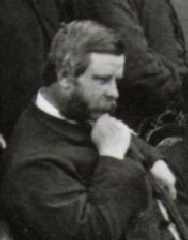