A headstone was erected in 2008, thanks to the efforts of Phil Seaton and Dave King 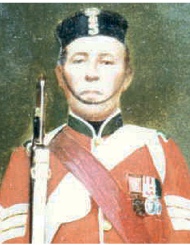