Educated at Kings College School with 155 Shebbeare, and won the Victoria Cross on the same day as Shebbeare

Thank you to Paul Watkins for photos of St Paul's Cathedral, Calcutta, India 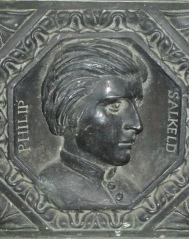