Later   The 31st Duke of Connaughts Own Lancers

Place Of Death   At his home, 'The Pavillion', Melrose, Borders, Scotland

Awarded the VC for two acts of gallantry. First on 12th August 1857 at Neemuch when he tried to apprehend several armed mutineers, being severely wounded in the process. On the second occasion 20th October 1857 at Jeerum, fighting a group of Sepoys who had surrounded him. He then charged at another group of rebels, with just his broken sword, putting them to flight 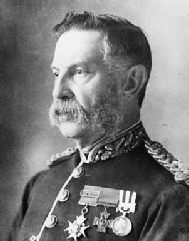