Second civilian to be awarded the VC

As part of the relief force of Arrah, William McDonell of the Bengal Civil Service managed to escape from an ambush onto a boat along with others.

He took command of the situation and freed the rudder, enabling the boat to steer down the river to safety, all the while under fire from both banks 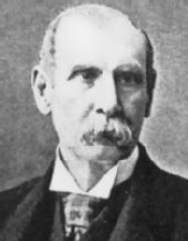