In the summer of 2014 the terrace end of Steel Park (home of Corby Town FC), formerly known as the Castle End, was renamed The James Ashworth VC Stand. 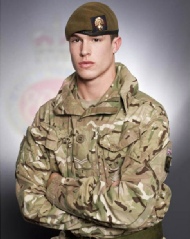 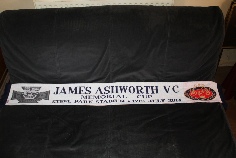