VC Presented   May 1865 by Commander-in-Chief India, Sir Hugh Rose at the location of the VC action, Lucknow Redidency ruins, India

Original VC sent to India for presentation was lost, it turned up for auction in 1900 at the request Mrs Judge, widow of Major Judge, 2nd (PWO) Gurkhas, being purchased in Simla, 1874, by direction of the War Office it was surrendered as Crown property

At the siege of Lucknow, between 30th June and 22nd November1857, for numerous gallant deeds, including leading the defence of vital positions. Also for commanding the loyalty of native Sepoys 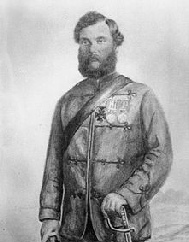