Place Of Death   Near Mohmand, India

Only VC to be awarded by King Edward VII 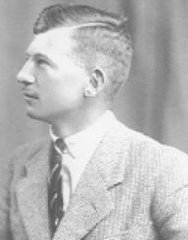