After the war, he spent 23 years in council service in Dumbartonshire 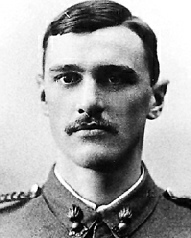