Before the war, he was a chandelier maker 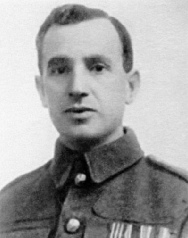