Name on tablet over the gateway at Delhi Magazine memorial, Delhi, India

John Buckley lost two wives and eight children to disease and murder before and during the mutiny. At the end of the mutiny he oversaw the execution of one hundred and fifty mutineers by being blown from the cannon

At the start of the Mutiny the mutineers made straight for the Delhi Magazine. Buckley with 112 Forrest and 113 Rayner, defended the magazine against overwhelming odds. With no ammunition to hand and no relief on the horizon, they decided to blow the magazine 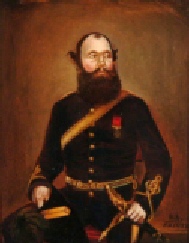