Named on Memorial on the Terrace & citation in the College Library at Haileybury College, Hertfordshire

He became a leading British tunny-fisherman and in 1938 off the coast of Scarborough made a record breaking catch of one and a quarter ton, using only a rod, also a member of the Commonwealth team participating in international tunny-cup matches 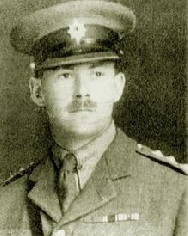