His VC was one of several stolen from the Army War Museum, Waiouru, New Zealand in December 2007. After an appeal to the criminal underworld, the medals were recovered 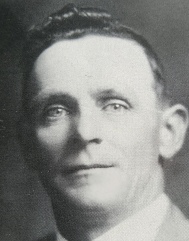