Just before leaving Australia for war he got engaged, but never returned to get married 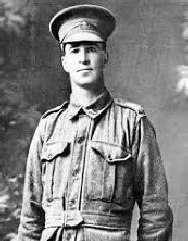